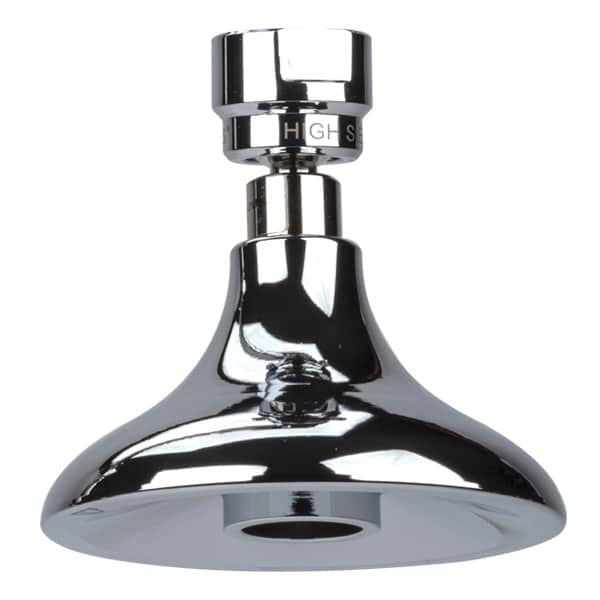 Rain Showers (large diameter shower heads with as many as 100 nozzles) on 90° shower arms or mounted to ceilings are trending these days. When shower head flow rates were unlimited the Rain Showers felt great and delivered an excellent shower, but they used many gallons per minute of water. Those days are over and todays severely restricted flow rates of 2.0 gpm or less are not enough water for conventional Rain Showers to work properly. The result is a weak, ineffective shower that can more appropriately be described as a “drizzle”. Conventional just doesn’t work any longer for today’s water conservation shower heads let alone Rain Showers. Amazingly, the unconventional High Sierra patented nozzle is able to break a stream of water into a heavy downpour of large high energy droplets and is more like a true “Rain” Shower than the conventional shower heads ever were. Each Half Dome™ comes equipped with this patented nozzle and everyone agrees that the performance far exceeds all of the wimpy large diameter low flow Rain Showers available.